The People's Bank of China (PBoC) launched its "Carbon Reduction Support Facility" on 8 Nov 2021 to provide liquidity support for clean energy, energy saving and carbon reduction projects through nationwide financial institutions. This tool will help accelerate China's progress of reaching peak carbon emissions and carbon neutrality with the help of the financial sector. 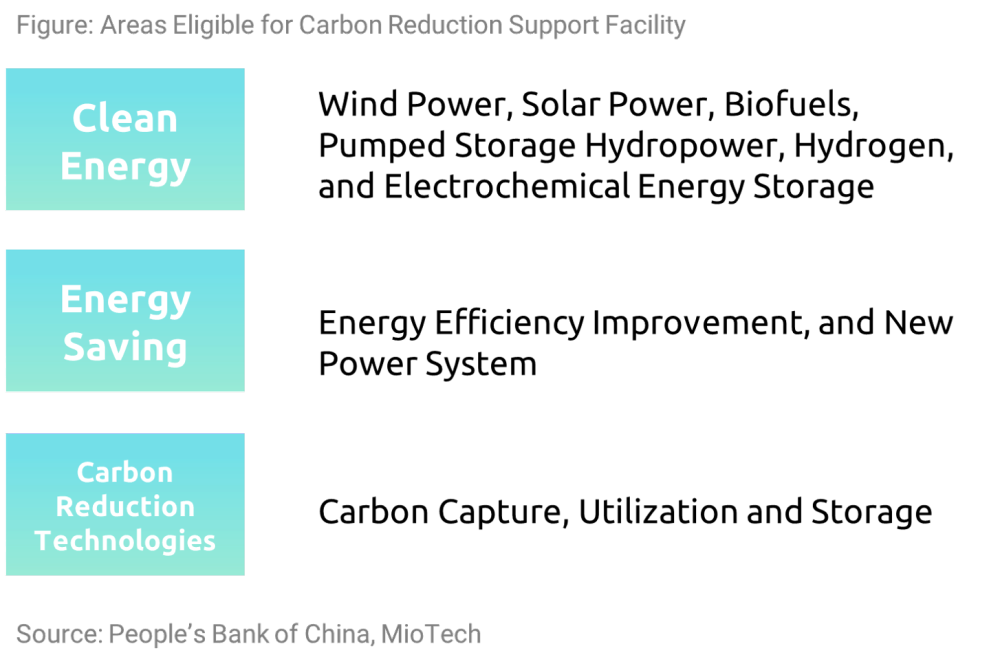 According to the announcement, the new tool is available to financial institutions across China. Financial institutions will make their own decision in issuing loans to green projects with an interest rate comparable to the loan prime rate (LPR), a benchmark lending rate in China. Currently the one-year LPR stands at 3.85%[1]. 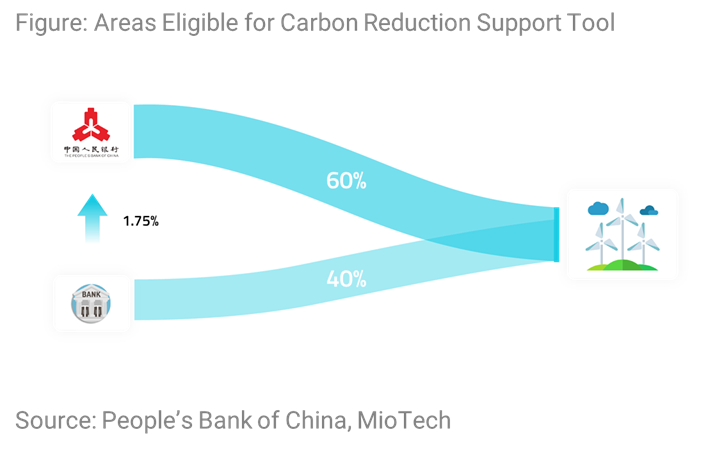 The mechanism where financial institution can apply for the central bank's "reimbursement" only after loan issuance can level up the efficiency of lending to green projects, and will also effectively prevent funds being channeled to unqualified projects during the PBoC's review of applications.

More disclosures to be expected

Notably, the PBoC has stringent disclosure requirements on the use of this tool, which is why we may expect an increase in disclosures. According to PBoC's announcement, financial institutions, when applying for the central bank's support, need to publicly disclose the status of the loan and the volume of carbon reduction boosted by the loan, verified by a third-party agency. Financial institutions may calculate the volume of potential carbon reduction with reference to the project's feasibility report, environmental impact assessment report, or by consulting professional agencies. The volume should be proportionate to the carbon reduction based on the institution’s share in the total investments of the project.

Furthermore, after receiving the central bank's funding, the financial institution should disclose on a quarterly basis, the total number of such projects it finances, what carbon reduction areas the projects belong to, sizes of loans, weighted average rates, and carbon reduction data, etc.

Tsinghua University's Institute of Climate Change and Sustainable Development noted in an report released in late 2020 that a sum of CNY 138 trillion of investment is needed by 2050 under the 1.5℃ scenario[2]. The development of the carbon reduction support tool has been in line with the initial plan: the idea of a carbon reduction support tool was first brought about in March by Chinese premier Li Keqiang in his "Report on the Work of the Government". The task was determined to be led by the PBoC and assisted by MEE and other relevant department in the later execution plan of the key ideas in the report, released by the State Council. The execution plan set a roadmap where relevant policies shall be available by the end of June and could be implemented by year-end. The Vice Governor of PboC, Liu Guiping noted in June that PBoC had been on track to develop a tool that enables financial institutions finance green projects at preferential rates.

Upon the launch of this tool, speakers of the PBoC told the press that the new tool was aimed at providing additional funds to the market. As clean energy projects or other types of carbon reduction projects usually demand a large size of investment, the new tool will significantly increase financial institutions' capacity to finance green projects in the country.