The Not So Green Grass of China Homes

This report investigates the relationship between Chinese developers and its creditors, in order to provide information to investors as to which banks they should pay extra attention to.

When it comes to the property market, Chinese developers can usually rely on the annual “Golden Septembers” and “Silver Octobers” to rake in high home sales. But this year, despite the auspiciousness of the national holiday, sales of new homes, as measured by area, fell 1.3% in October from a year earlier, an steeper decline than the 0.8% seen in September, according to data released by the National Bureau of Statistics (NBS). Instead of festivities, October saw a wave of protests in several major cities, as Chinese homeowners took to the streets to demand refunds on their houses after property developers introduced property cut measures to stimulate new buyer sales. Country Garden, the largest developer was reported to slash prices as much as 30% for new projects. 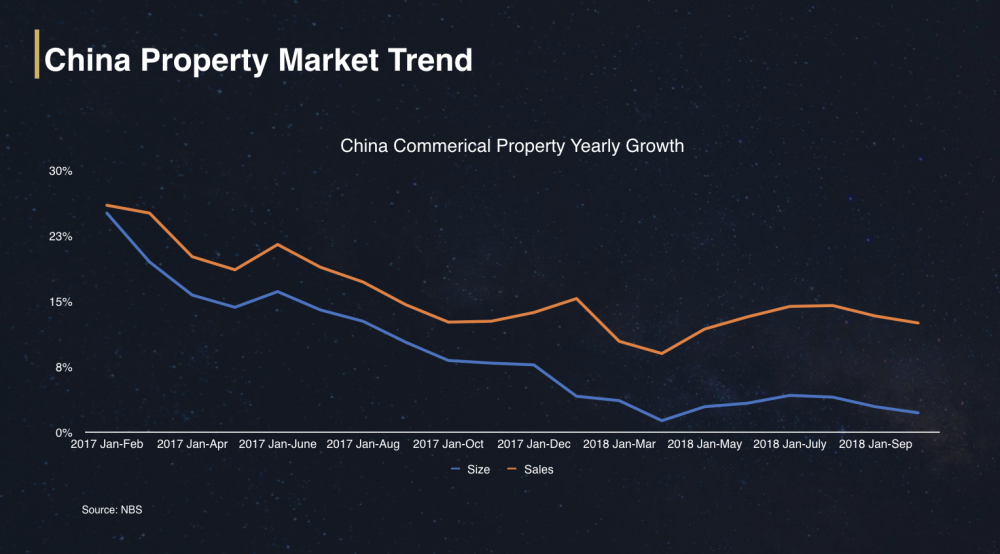 In light of slowing real estate sales and transaction sizes, developers are holding back on expansion plans, resulting in investments in Chinese property to cool to a 10 month low. According to NBS data calculated by Reuters, Property investment growth slowed to 8.9% in September from 13.2% in July, and further declined in October to 7.7%.

These events signal a greater worry, that potential softening property market could bring about a greater economic downturn, on top of broader Trade War headwinds. Deceleration in the property market puts property developers under financial pressure to recoup investments to pay off crippling debts from land auctions last year. Excluding financials, real estate is the most leveraged sector in China. The highly leveraged nature magnifies the business risks amidst market downturn. With the latest data in 1H2018, the total debt amount for China real estate has surpassed RMB 1 billion with a historically high debt to asset ratio at 80%. 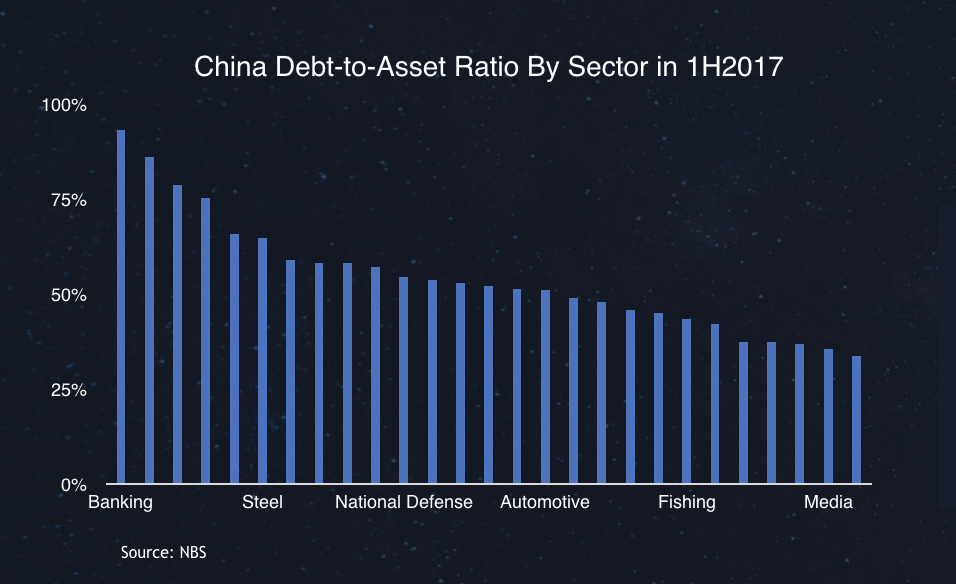 Risks of a highly leveraged real estate could build into a greater market bubble and an increased bank credit risk. According to PBOC, RMB real estate related loans was RMB37.45 trillion by the end of 3Q18, making up 39.6% of the total bank loans. Of which, personal housing loans were RMB 24.88 trillion and real estate developer loans were RMB 10.06 trillion.

So how much unsold property is there? For the top 100 developers, its inventory has increased 11.2% yearly. Only 20% of players recorded a drop in inventory. The number of developers with over RMB100 billion inventory rose to 26 in 1H18 from 20 in the last year. Looking closely at the rate in which property developers manage to sell a house, or the inventory turnover ratio, all the top 20 market-leading players’ inventory turnover ratio fell by an average of 36% as compared to last year. With property left hanging out to dry, we access just how much bank loans is trapped in the real estate market. 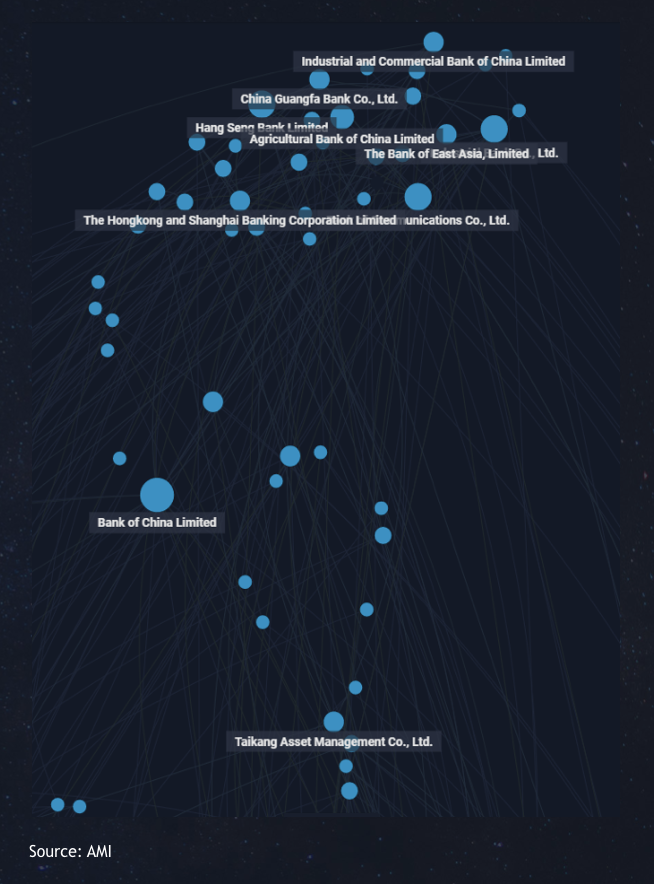 Studying the top 9 listed Chinese banks, the residential mortgage loan under retail loans was at least 17% of the banks’ total loans. On average, 30% of the top 5 banks’ total loans were residential mortgage loans, compared to 20% for the remaining banks. Diving deeper, our report utilizes our AI powered data analytics software, AMI, and found out that big banks like Bank of China, Bank of Communications and Industrial Bank are the major creditors to Chinese developers. But what’s more interesting to note, is that some of the Hong Kong banks are on the list as well.  This implies Hong Kong and China property markets are strongly linked in the borrowing ecology and like dominos, if one market takes a turn, it would trigger another to fall. From our report, we found that Hang Seng Bank would be the most vulnerable bank if the property market collapses.

It’s a testing time for China as it faces headwinds on many fronts, but pivotal to it, is the management of one of the nation’s economic pillars, the trillion-dollar real estate industry. Analysts and developers alike are bracing for further slides in sales and investments in early next year but on the brighter side, it could be an opportunity for the industry to consolidate after several years of relentless expansion.

Get a free deep dive into the relationship between Chinese developers and its creditors.