Who Invests Better: A.I or Human

This reports looks to investigate whether artificial intelligence or flesh and blood humans make better investment decisions in a market turmoil.

October is known for the horrors that come with Halloween. But this year, fear has gripped investors as the global equity market faced one of the worst market performances since the financial crisis. According to the S&P Dow Jones Indices analyst, S&P 500 lost almost USD$2 trillion in the month of October, its worst since September 11. The Nasdaq took a beating, dropping to 9%, the biggest decline since 2008. The Dow Jones Industrial Average closed down 13 days in October, wiping out 2018 gains. 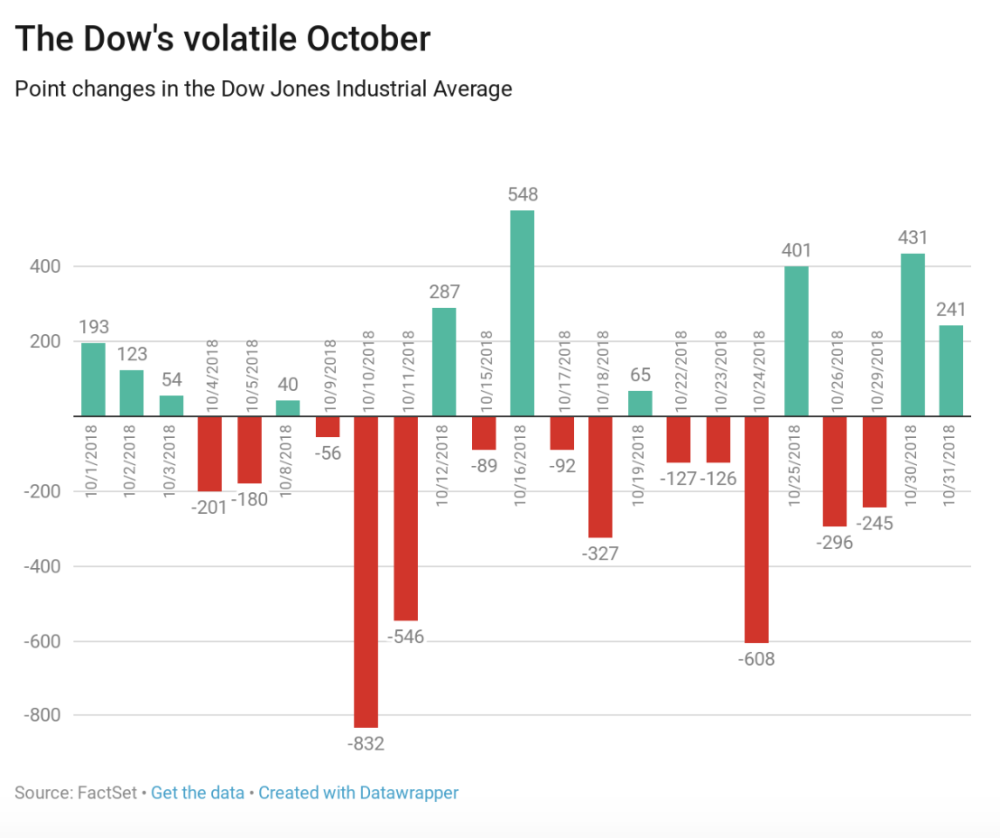 But while the financial market faced a nightmarish October, ETF activity on the other hand, has seen a marked increased. ETF trades in October accounted for about a third of the daily U.S stock market activity, that’s the highest monthly share in more than 3 years. Long known to act as a hedge against market volatility, technology, especially this year, has been implemented to further augment better ETF trades.

Artificial intelligence is making waves for providing the much needed efficiency, precision and scale that’s needed to keep up with ETF trades. As of this year, a number of AI-powered ETFs were launched, claiming to be able to provide the high-performance firms need to crunch the millions of market signals, news articles, company financial statements and social media posts to provide daily trade recommendations. Moreover, they’re free from human bias.

AI Powered Equity ETF, Equbot, powered by IBM’s Watson artificial intelligence technology, manages a fund of around US$190 million. Their innovative approach did well over the past year, returning 8.9% in October 2018, beating S&P 500 index who did 8.1% over the same period. But does it greatly outperforms human capabilities? And is artificial intelligence reliable enough even during an unprecedented market slump like a financial crisis? We take a step further to investigate if AI ETFs trumps human managed capabilities under a volatile market.

Looking at ETFs broadly during a downturn, we see that the U.S. AI driven ETFs generally underperform against the key 3 US indexes. The benefits of AI ETFs is their non-stop data processing capability to sell earlier than the market correction with a higher degree of objectivity and lesser exposure to human bias. But to track AIs performance against a human, we narrowed down our focus to equity funds that seemingly have higher volatility and actively-managed ETF trades that captures market opportunities or alphas in the U.S. market. It is important to note that the study has certain limitations since we can only concentrate on the recent performances of ETFs since since A.I powered ETFs have only less than a year of history.

As we looked into the U.S market, on average return, the two ETFs were closed that both concentrate at around 95. Surprisingly, for return-to-risk ratio, AI ETFs were approximately 25 at most, well below human managed ETFs who had an average and median of 35 and 32 respectively.

“AI ETFs were approximately 25 at most, well below human managed ETFs who had an average and median of 35 and 32 respectively.” 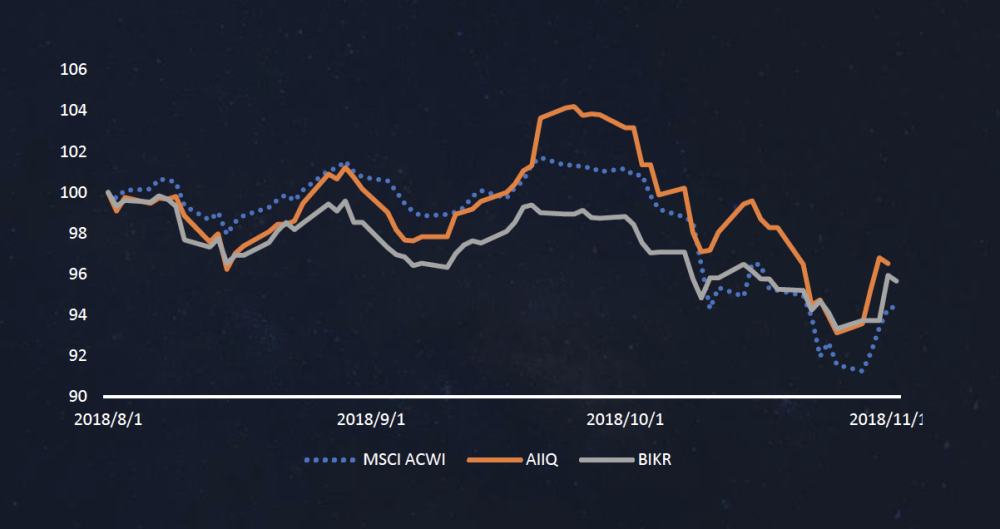 But as we pull further out to look at the global market volatility rather than just the U.S market, AI managed ETFs beat the market index with a higher return-to-risk ratio. BIKR, an AI-powered global macro focused fund-of-funds had impressive risk-reward performance. We believe the success can be attributed to AI’s capability to handle complex and abundant data in the global market, that a single analyst or even teams of analysts find difficult to clean.

Our report shows that whilst A.I enabled ETFs show great promise, it is still very much in its infancy. But since the data of today will always be less than that of tomorrow, future-looking funds should keep an eye on the fast developments in artificial intelligence. While flesh- and- blood managers are still needed to make that ultimate decision, it’s only a matter of time before massive computer power will turn into market-beating returns.

Get a free deep dive into the investigation of whether A.I or humans make better investment decisions during market volatility.