Key Takeaways
●    MioTech has awarded Chinese EV maker BYD with a BBB rating and a score of 66.85 for its ESG performance in the second quarter of 2021.
●    BYD continued its Greater China-wide outperformance in ESG while its ranking within MioTech's Hang Seng Auto Industry fell by two places.
●    BYD has achieved balance between its environmental (E), social (S) and governance (G) performance without significantly outperforming or underperforming in any one aspect.
●    BYD released thorough numerical environmental disclosures, but lagged in narrative disclosures, particularly in its recognition and adaptation of climate risks.
●    BYD maintained decent performance in “social”, with its labor management, employee engagement, and diversity improving from the previous year. Meanwhile, its supplier diversity declined and negative news regarding BYD’s product quality worsened product responsibility risk.
●    BYD saw setbacks in its performance in “governance”. Of note, employee bribery and corruption scandals in the second quarter raised concerns.

BYD has an exceptional record in making sustainability disclosures (CSR or ESG reports). According to its official website, the company has consistently published annual CSR reports since 2010; for reference, top-ranking industry peer Geely’s (0175:HK) earliest available CSR report dates back to 2015 and second-ranked Yadea's (1585:HK) ESG reports are accessible via HKEX, the earliest of which is from 2016.

BYD spent 56% of its 2020 CSR on its social performance, while environmental and governance performance respectively comprised 26% and 18%. The two environmental topics BYD paid most attention to were Environmental Management (20.28%) and Pollutants (2.36%); the most notable social topics were Product Responsibility (19.81%) and Supply Chain Management (9.43%), and top governance topics include ESG Management (7.55%) and Business Ethics (6.13%).

As evaluated by MioTech, it is evident BYD prioritised more material topics in this industry in its CSR report. Some of the more important topics like Waste and GHG emissions were not discussed extensively, but key value were disclosed. MioTech deemed climate change as a highly material ESG topic faced by BYD. Though, BYD did not detail its recognition of climate risks and opportunities and its actions in response to them, nor did it set targets to reduce GHG emissions and energy consumption. Electrification of vehicles is a pivotal step to a carbon-neutral future and BYD, as a major EV manufacturer, should publicise its action plan towards climate change risks and opportunities in the future.

MioTech considers the topics of GHG Emissions and Climate Risk and Opportunities highly material to BYD, and the topic of Energy Consumption moderately material. In the second quarter, BYD’s performance in these three topics were in line with the industry average.

BYD did not publicize its GHG emission and energy consumption targets or it recognition of climate risks and opportunities. For comparison, in 2019, 2.63% of auto companies in Greater China set targets for GHG emission and energy consumption, and 3.95% of the auto companies released their actions towards climate risks and opportunities.

As one of the largest EV manufacturers in China, BYD has made great strides in promoting EVs to accelerate the country's low-carbon transition. Historical sales reports show that almost half of the cars sold by BYD in the past three years were new energy vehicles. Due to recent policy pushes such as limited road access and license restrictions, the EV market reached a record high this year. According to the company’s latest report, from January to August 2021, BYD sold 270,570 EVs and 112,128 ICE vehicles, meaning EVs accounted for up to 70.70%. 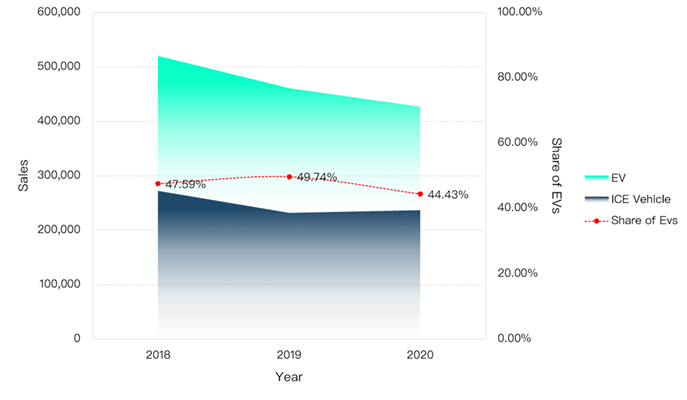 According to its 2020 CSR Report, the company launched the "Blade Battery", a newer and safer lithium iron phosphate battery which has been installed in many EV models since July 2020. 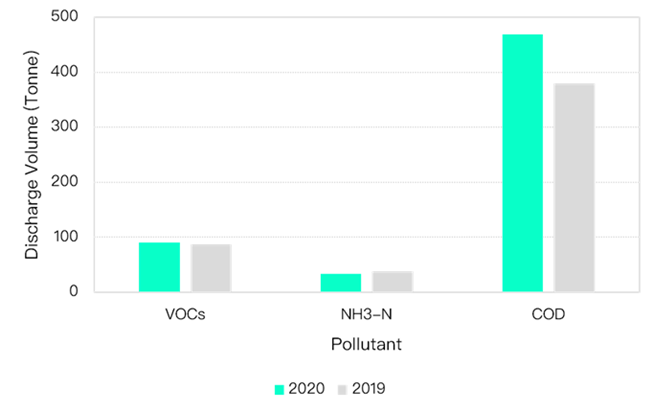 According to its 2020 CSR Report, BYD discharged 4,777,086.138 standard billion cubic meters of waste gas, down by 3.27% YoY. In 2020, the company carried out low-nitrogen furnace transformations in 6 regions to reduce nitrogen in waste gas emissions.

Overall, BYD had a well-established environmental management system. The company properly disclosed its environmental data against the standards it chose to comply with and committed to further reducing its environmental impacts. However, like climate change topics, no targets or policies were released to make this process quantifiable.

According to the MioTech Risk Monitor, in the second quarter, no negative environmental events were identified with BYD’s suppliers, while respectively 4 and 63 negative news reports were identified on social and governance events. Of the reports on negative social events, 3 were safety-related incidents and of the reports on negative governance events, 36 were related to company executives of BYD's suppliers. 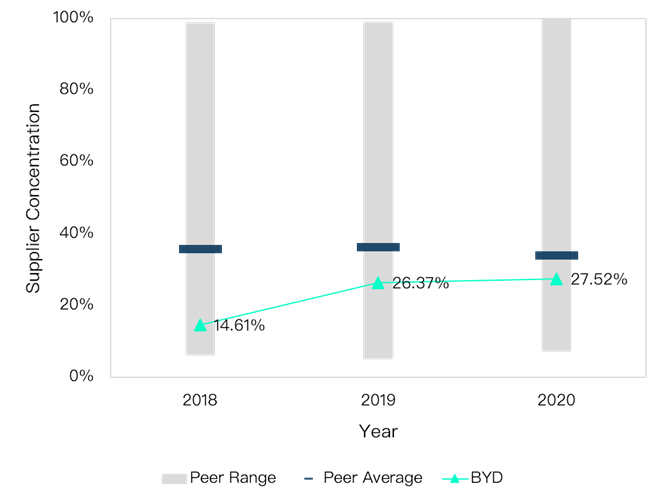 BYD made full commitments to compliance issues regarding recruitment and employment, including prohibition of child labor and forced labor, non-discrimination policies, and regulations regarding fair pay and work hours.

According to its 2020 CSR Report, BYD established a sophisticated product quality management system and obtained major certifications ISO 9001 and IAFT 16949.

In 2020, BYD witnessed 1 product safety & quality issue and 2 complaints. According to the MioTech Risk Monitor, 10 news reports were identified on negative product responsibility events in the second quarter. Of the reports, 3 were safety-related incidents, 3 were related to complaints and litigations, and 4 were related to product safety & quality.

The company offered a series of training programs for its employees in various departments and newly-hired employees. According to company disclosures, BYD offered 12 hours of technical skill training for its employees, but it did not disclose the average training hours per employee.

Figure 8 Revenue and Profit Per Employee at BYD 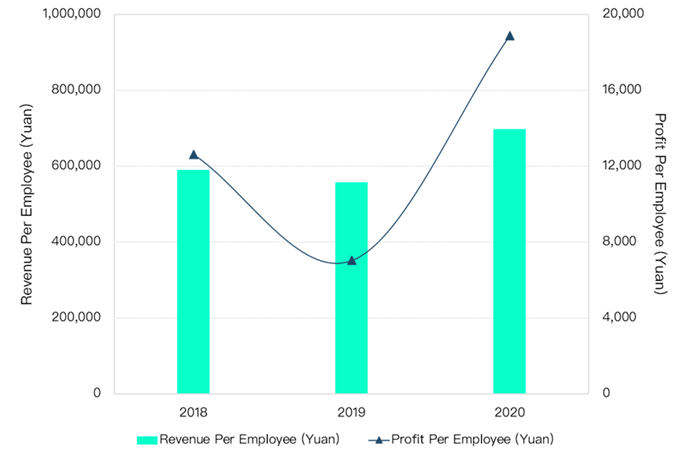 BYD paid great attention to compliance with anti-corruption and anti-bribery measures. It formulated a company-wide code of conduct and a penalties mechanism. Furthermore, it implemented whistleblower protection and reward rules, which are also effective on BYD’s partners.

In 2020, BYD witnessed 5 negative executive incidents and 6 disclosure violations. According to the MioTech Risk Monitor, in the second quarter, respectively 6 and 32 news reports were identified on negative executive incidents and corruption and bribery; this marked a considerable rise compared to previous quarters. The major reason for this is that BYD announced on 16 April that it had identified several corruption and bribery events concerning 7 employees.

ESG management was the most attended governance topic in BYD’s 2020 CSR Report.

The positive factors of the ESG management at BYD include the high quality of disclosures with reference to widely-acknowledged standards published by HKEX and GRI, and that BYD stays in close communication with its stakeholders over ESG issues.

BYD's board of directors, board of supervisors, and senior managers have a total of 17 positions. On average, they hold 17 positions in other companies in addition to their corresponding roles at BYD Company. The person with the most external or part-time positions hold 40 positions outside BYD.