Summer flooding has been one of the most frequent and economically devastating natural disasters for China and we saw historic levels of flooding in the summer of 2020. MioTech leverages satellite remote sensing data and techniques for flood damage mapping and analysis.

This summer, the Yangtze River suffered its heaviest rainfall since 1961, with the worst flooding in decades, sweeping from China's southwest to its east coast. According to the media report, 610 rivers reached flood stage just in mid-August and it’s estimated that more than 63 million people were affected by the floods with at least 200 dead or missing. (link in Chinese)

Massive flooding generally leads to severe direct economic losses in the basin of the Yangtze River, the major manufacturing and grain production areas in China. The provinces include Anhui, Jiangxi and Hubei suffered serious yield losses from flooding, and torrential rains just ahead of the early rice harvest in July led to more direct losses. Such severe flooding has also been a major issue of concern as a threat to national food security.

In this report, MioTech uses satellite synthetic-aperture radar (SAR) imagery in July and August to assess flood damage extents and impacts in the areas that were most severely impacted by the flooding.

Measuring the flood damage from the Sky

This year saw more advanced tech tools introduced to monitor floods and analyze impacts. Remote sensing data and techniques, for example, have been leveraged for flood and damage mapping and analysis. Satellite remote sensing, which enables continuous monitoring over large spatial and temporal scales, helps to generate timely and relatively accurate information on flooded lands, and determine the spatiotemporal distribution patterns and trends of floods.

MioTech made estimations based on satellite imagery on the size of the agricultural lands that were severely flooded or cropping areas that were lost to flooding. Many big lakes on Yangzi River tributaries, such as Poyang Lake, China's largest freshwater lake, and Chaohu Lake, one of the five largest freshwater lakes in China, are located in major grain-growing regions and were among the most heavily hit.

Chaohu Lake saw the water levels in July reached “once-in-a-century” high. According to MioTech’s analysis, about 13% of the agricultural land within 60 kilometers radius around Chaohu Lake was hit by floods. 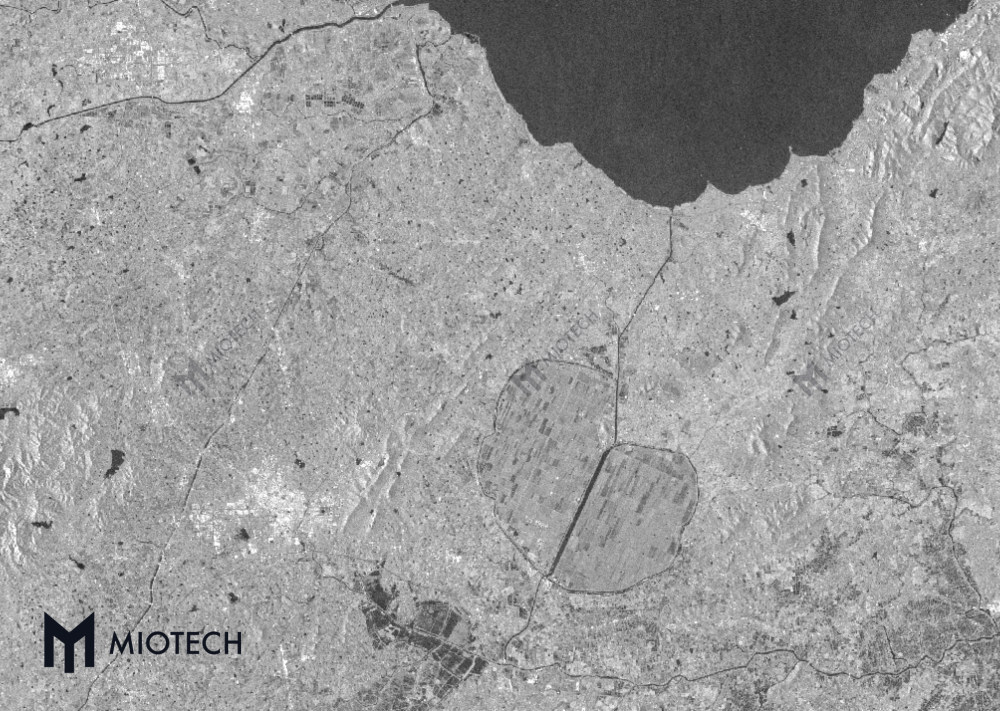 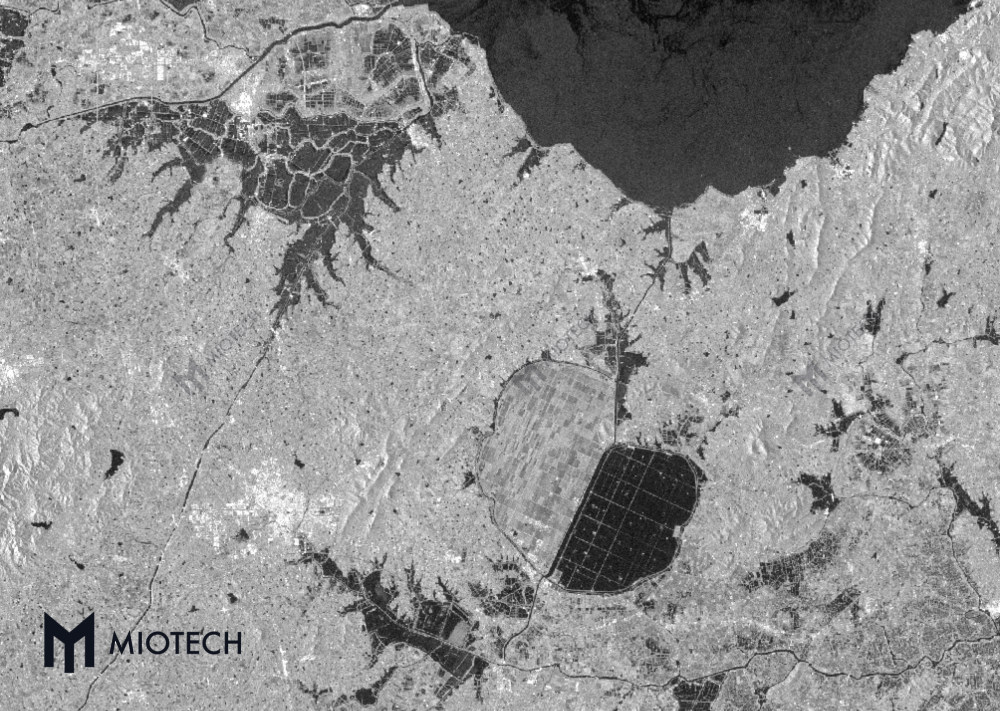 The water level of Poyang Lake rose higher than that in 1998. Satellite remote sensing monitoring showed that on July 14, the main body of Poyang Lake reached 4,459.3 square kilometers, the highest in the past decade. Around July 14, large area of farmland on the west and east sides of Poyang Lake was flooded Among them, Poyang County is the hardest hit area in the whole Poyang Lake area. 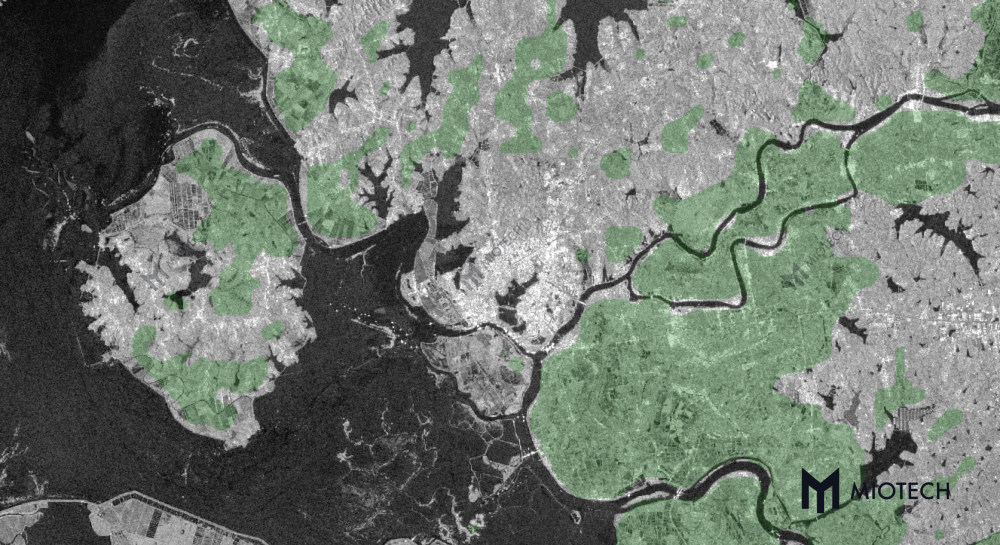 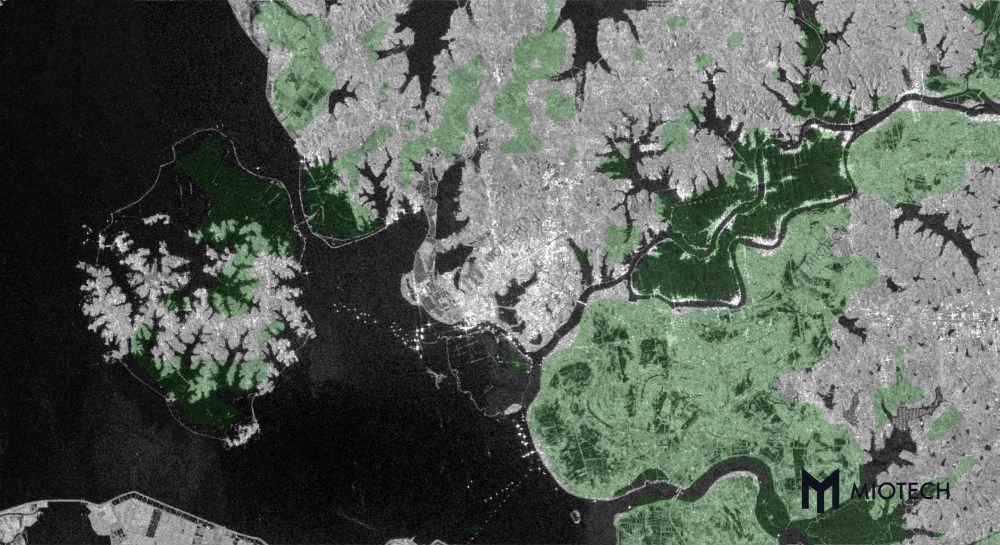 According to our analysis, 15% of the agricultural land within 100 kilometers radius around Poyang Lake was completely flooded. 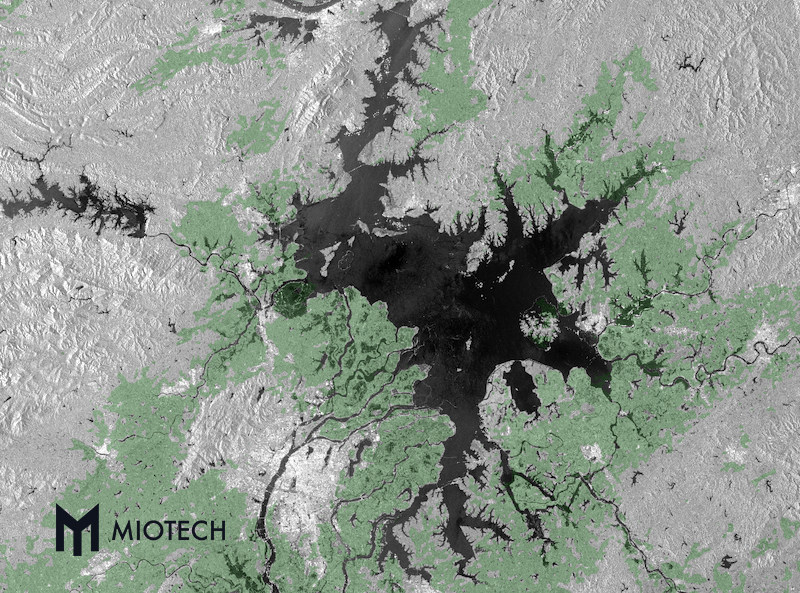 Should we worry about food-security?

The flood in the south will certainly have a great impact on grain harnvest, with some areas likely to suffer devastating losses. According to the NBS, early rice yield per hectare in Anhui and Jiangxi decreased by 781.6 kg/ha (52.1 kg/mu) and 402.6 kg/ha (26.8 kg/mu), respectively.

However, according to the summer grain-output data released by NBS recently, although the floods have seriously affected farmland along the Yangtze River, owing to good growing conditions and an increase in planted acreage, China still should see a bumper grain harvest and the impact on national food security is manageable.

How does AI help us monitor floods

Remote sensing makes it possible to collect information of dangerous or inaccessible places such as flooded areas. Besides satellites, drones and other flying machines have also become common for remote sensing data collection. The usability of remote sensing data has been significantly increased in recent years thanks to technological advancements in such fields as artificial intelligence, particularly computer vision and machine learning, that have significantly improved the accuracy of object recognition and predictive analytics.

Apart from mapping floods and other natural disasters, remote sensing instruments and artificial intelligence techniques have been adopted to produce more types of data or insights about economic activities. For instance, applications have been developed to help the agriculture industry to monitor agricultural lands, livestock, or farm animals in real-time. AI techniques enable automatic classification or counting of crops or farm animals and help increase the accuracy of the recognition and classification, make forecasts on harvests, or detect anomalies. Bases on data resulted from these applications, AI-assisted services tailored for the finance companies are thus able to help lenders or insurers price risks based on the health of the agricultural products or production forecasts, manage risks by providing monitoring services or alert them whenever anomaly happens, or evaluate damages.

Similar applications have also been developed for the industrial sector and commercial areas in cities. Information resulted from remote sensing data sources and techniques can also be timelier than the conventional economic metrics. These data and AI-assisted applications are being increasingly adopted by insurers in damage evaluation or pricing, finance companies to make risk assessment, or investors on investment research.